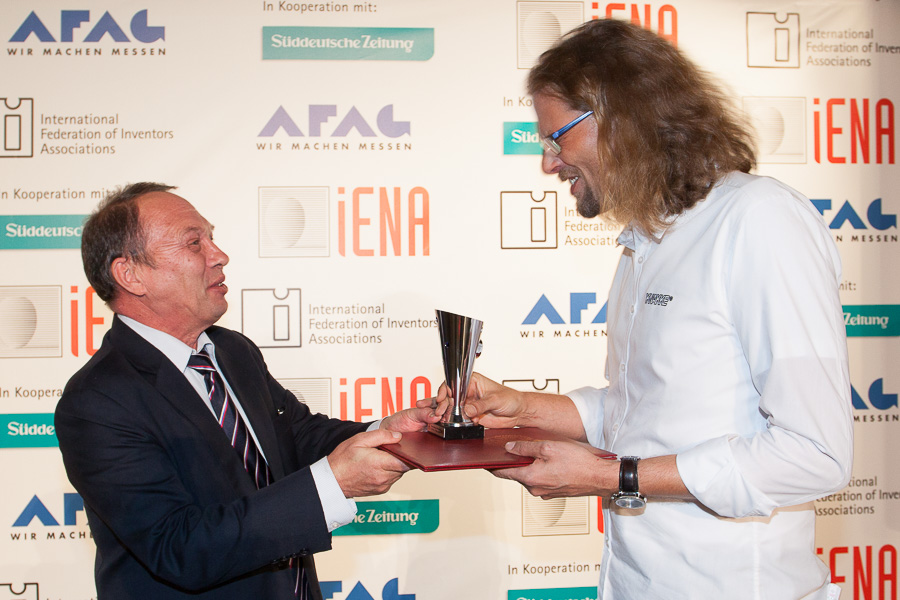 The prize was awarded at the iENA in Nuremberg in 2014. It was presented by the First Deputy of the General Director Vladimir K. Petryashev.